Portland, Oregon: What If People Could Choose Their Residency

Over the course of my career, I have been challenged several times about my Residency, my decision to be licensed in Oregon along with my California license. But, What if?…

What if We Could Choose Our Own Residency

Corporations make these decisions all the time. They make them because some states are better at administering corporate matters than others (Delaware). So why can’t people? What if I think an Armed-Society is a Polite Society (aka Arizona) yet the liberal residents of Multnomah County (Portland, Oregon) fear guns – why can’t I elect to apply the laws of Arizona to me, pay the related Arizona costs and requirements (vote for/with Arizona) suffer any negative aspects of Arizona and say become tired of Arizona and change it to Iowa?

In case you are confused, let me explain.

What if I was successful in filing an election registration with the North Dakota Office of Residency – and publicly state that I wish to be governed by their laws and regulations rather than the laws of where I choose to sleep? In essence, what does where I sleep really have to do with my residency? I know Congress, Census, Infrastructure, Vested Interests, etc. all may have an opinion (but maybe no answers) to this question, but let’s consider it.

There is precedence for this as referenced above in corporate law and regulations. Why should corporations have rights and privileges not provided citizens?

Why not? It is the 21st century. Are we forced to live in a 19th-century worldview? Back then – it made sense to apply residency to physical location – but today – why not allow it to be an intellectual election rather than a physical requirement.

Since we believe incentives matter, maybe such citizenship power would help the various state legislatures understand that governing is more than rubber-stamping the proverbial special interests? This could allow states to market their relative skill set(s) and competitive advantages.

Providing people a choice is never a bad thing. In fact, it is a good thing. Effectively let’s deregulate physical residency from intellectual residency.

The real benefit to such an approach would be that we quickly learn what people really want and really need, and what they’re willing to sacrifice to get it.

We already do this in many respects, by choosing the jurisdiction in which to create corporate entities, and by choosing which law(s) to apply, etc. Some might question how varying levels of public services would be addressed if the physical residents of one state had different expectations based on their choice of state tax, legal in social service regimes. 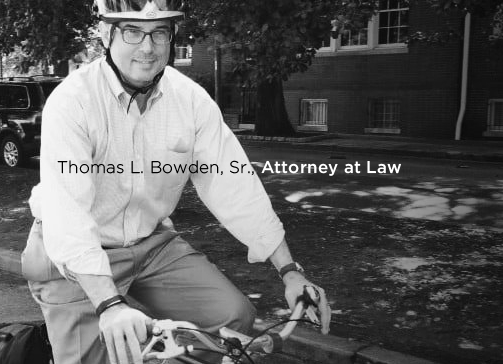 In reality, I don’t think this would be so difficult. It would really only require a system of transfer payments between the states. If I live in Virginia, but elect California law and California taxes, then when I make demands on public sector services that exceed those guaranteed to legal residents of Virginia, then Virginia, will bill California and California tax dollars (in part paid by me) would then reimburse Virginia, possibly a profit, for providing the services. As long as there were some minimal standards of service and competence, I don’t think there would be a problem. And there would certainly be services that I would not expect to be able to receive while physically in Virginia just because I was a legal California resident.

This is really no different than if I were traveling abroad. Just because I’m a resident and taxpayer in Virginia does not mean I can expect Virginia to send the police to London just because I happen to be there when I need their services. I think most of the variation in the level of services will be found mainly in the discretionary and “soft” services rather than first responders like police and fire departments.

The real benefit to such an approach would be that we quickly learn what people really want and really need, and what they’re willing to sacrifice to get it. The average citizen would not have to wait four years for election in hopes of changing some policy or tax, but he finds objectionable. He could just change his legal residence and adopt a preferable system. So if I want to live in Big Sur, but I don’t want to pay California taxes, then I can do so as long as I’m willing to forgo some of the services of California offers, and live with only the services offered by Virginia, that Virginia can provide at a distance.

I think we would be surprised at how much expenditure at the state level would be affected. it would also prevent politicians from continuing to raise taxes and create obligations, claiming that “it’s what the people want and what they elected me to do.” Campaign finance reform would be a nonissue. People would vote with their “virtual feet” and the elected leaders of states with an unfavorable balance of taxes versus services would soon find themselves with few legal constituents.

Thomas L. Bowden, Sr., Attorney at Law is a frequent comment contributor at Verasage.com . He is also a practicing Attorney in Richmond, Virginia with a passion for Cycling Laws

No Replies to "Portland, Oregon: What If People Could Choose Their Residency"